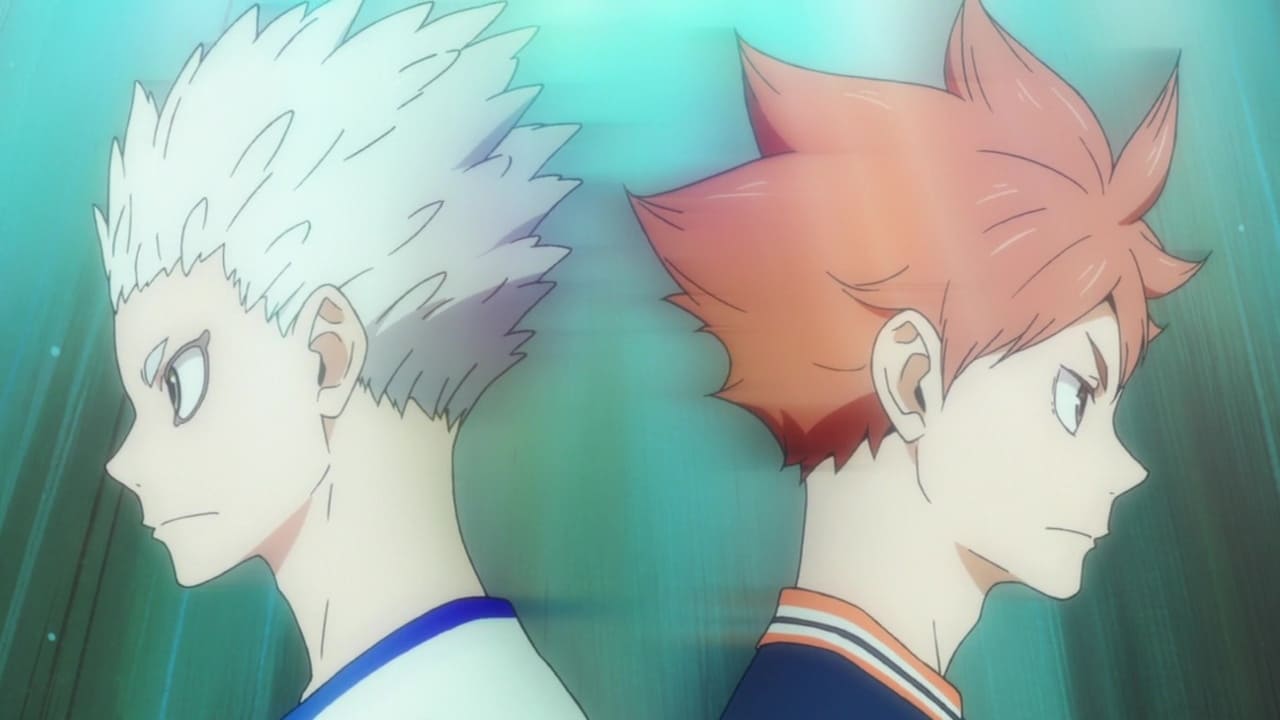 Karasuno has won their first match at nationals and will be moving on to the second round. Everyone celebrates and the two teams bow to each other and to the audience. Daichi also realized that the former Karasuno members were there to cheer them on the whole entire time. The third years get to catch up with their upperclassmen who are amazed by Karasuno’s current first years. While Karasuno is eating lunch, they decide to watch Nekoma’s first match. Nekoma wins their first match at nationals as well and will be moving on to the second round. Meanwhile on Court E, Fukurōdani is just starting their first match against Eiwa and Bokuto is already in “dejected mode”. However, the team is well-adapted and knows what to do while waiting for Bokuto to get over his slump. Once Bokuto regain his composure, he leads Fukurōdani to an overwhelming victory over Eiwa. Hinata, together with Yamaguchi, runs into Hoshiumi and immediately enters into a staring competition. Kageyama appears to introduce him as Kourai Hoshiumi, a member of the National Training Youth Camp. Hoshiumi questions Hinata about his position, height, and highest reaching point. Eventually Hoshiumi’s teammate comes to get him, and the leave to get ready for their match. Karasuno members watch Hoshiumi’s team, Kamomedai, and are amazed by his skill. Hoshiumi shows off his all-rounder prowess, leading the game commentators to call him the “Small Giant”. Hinata is inspired by Hoshiumi’s play and is glad they made it to nationals. It is the end of the first day of the Spring Interhigh. Before Karasuno heads back to their lodging, they encounter their fated rival Nekoma. They greet each other with Daichi and Kuroo reminding the other to survive the next day before heading their own ways. Karasuno gets some much needed rest after an intense day before the team starts preparing for their next opponent. Meanwhile, Tanaka finally gets the chance to talk with his childhood friend, Kanoka Amanai.