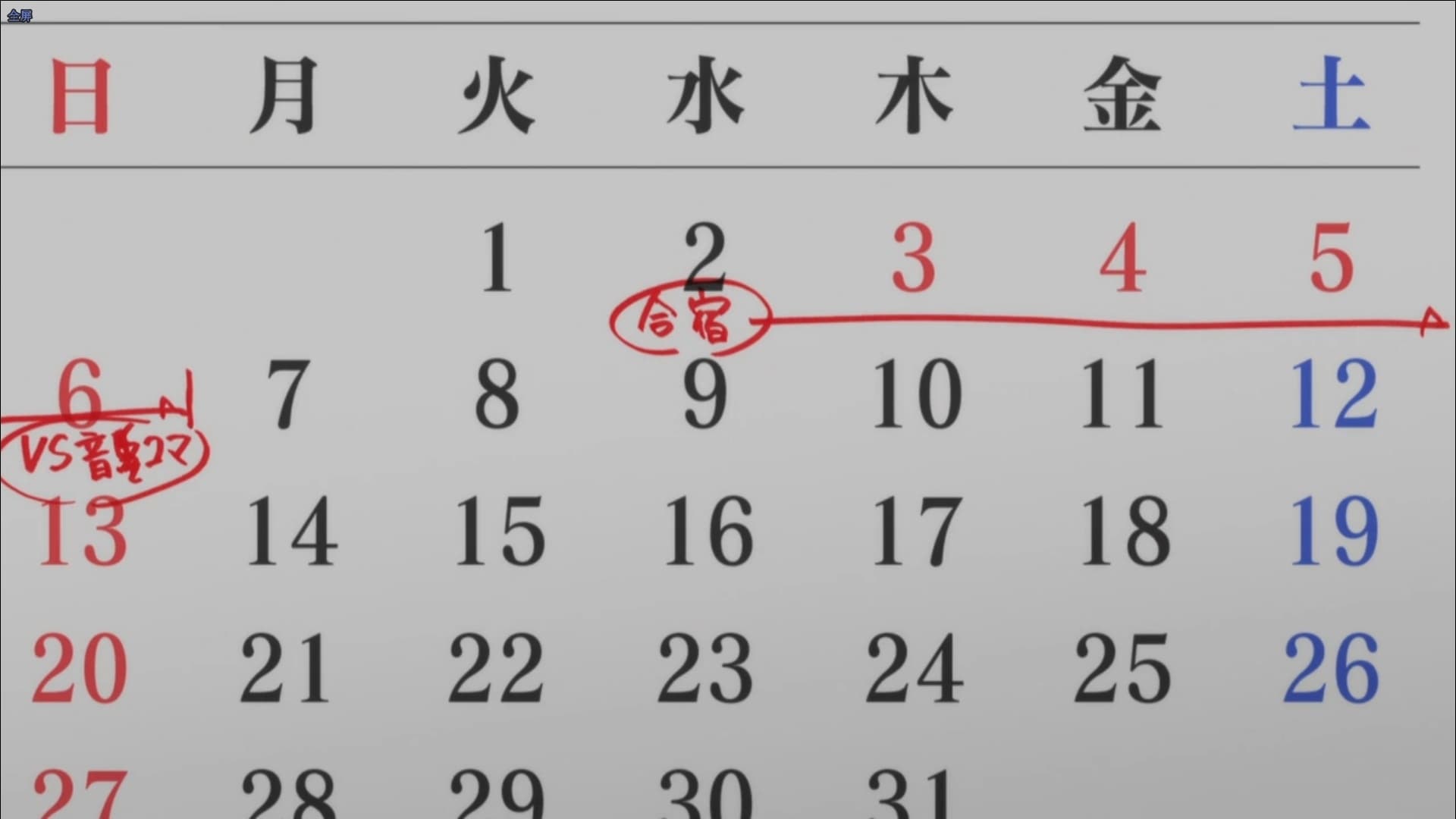 Karasuno heads off to training camp. During a jog on one of the days Hinata gets lost and runs into a volleyball player in a red jersey named Kenma. Before Kenma reveals which team he plays for one of his teammates shows up and leads him off to a practice match. After hesitating to decide a starting lineup, Ukai goes with Sawamura, Yu, Azumane, Ryuunosuke, Tsukishima, Kageyama, and Hinata. Ukai reveals in the past Nekoma hasn’t had outstanding players, but they have been a team that thrives on receives and kills. Karasuno’s players receive their jerseys, and Hinata has the number 10, the same number as his idol the “Little Giant.” He learns the Little Giant was on the only Karasuno team that has made nationals and thinks it is fate. Finally it’s practice gameday. Nekoma and Karasuno line up outside and meet each other face-to-face.